The Story of St John’s 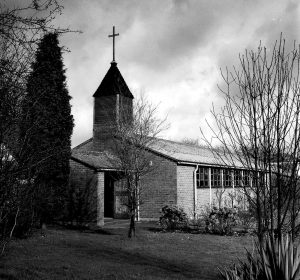 In 1937 St Mary’s PCC minutes record the first suggestion that a Church be built in South Walton. There had been considerable housing developments and the numbers of people attending Church were on the rise. So, in 1938 a regular fortnightly service was started in the old Ambleside Avenue Infant School where you’ll now find Walton Oak Primary School.
In 1939, thanks to the generosity of a lady called Mrs Eva Drabble, it was possible to buy the land where St John’s stands today.

In 1945, after the war it was decided that fundraising would commence in order to raise the money needed to build St John’s. The tremendous efforts included bazaars and garden parties of which there must have been a fair few as it was 8 years later that enough money had been collected and the building commenced. St John’s was finally built between August and December of 1953. The founders of St John’s were extremely farsighted, as the church building they created must have been one of the first dual purpose church community buildings built in the 20th Century.

In 1978, the ‘Parish of St Mary’s with St John’s’ as it had become known, celebrated St John’s Silver Jubilee. St John’s had become the centre of an ever growing community and a separate extension, which to this day is known as the St John’s Room, was built to accommodate the many functions and groups associated with the Church.

By 1989 it was evident that the church fabric required significant refurbishment and improvement and that the Room needed to be larger to accommodate increased demand from the local community. The church parishioners embarked on a major fund raising programme and this coupled with a very generous grant from Walton Charity financed building work carried out in the early 1990’s which included a completely new insulated roof, central heating, new flooring, chancel improvements, new storage facilities, doubling the size of the Room and providing direct access between this and the church, a new kitchen serving the church and the Room, an accessible toilet and other improvements.

In 2013 St John’s celebrated its 60th birthday. A party was enjoyed by all,
young and old and St John’s room and kitchen enjoyed a revamp which
included new kitchen units, new flooring and a lick of paint! On many occasions our Churches have enthusiastically joined forces in a truly inspired, prayerful effort, setting up St John’s, raising money for the initial build and then the addition of the room bringing the Parish together and
demonstrating faith in action. This is demonstrated in current times as we still come together as a Parish to enjoy such events as the Parish Community Fun Day and the Harvest Supper both of which are hosted at St John’s. 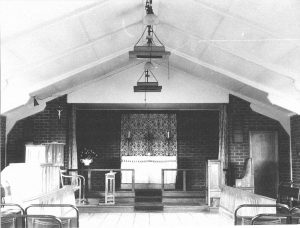 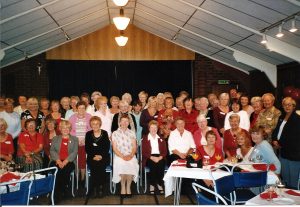 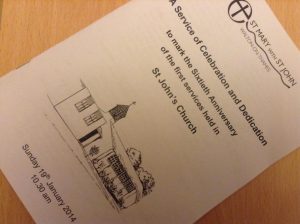 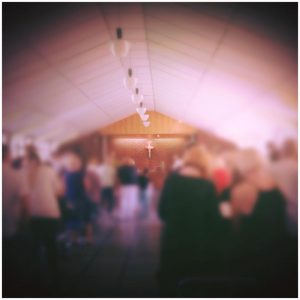 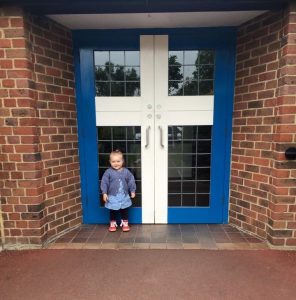 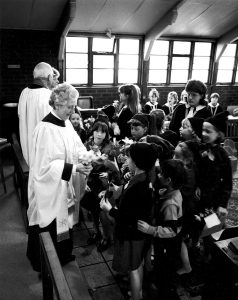 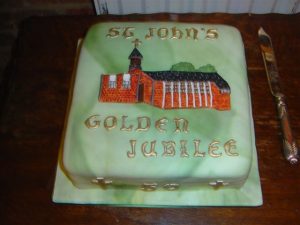 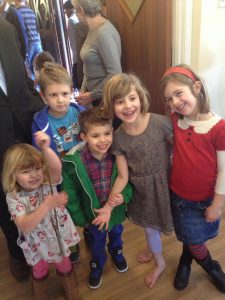 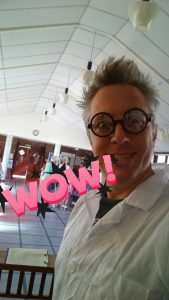 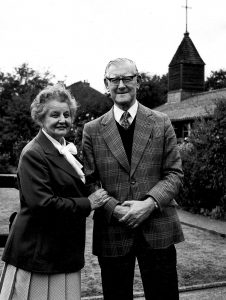 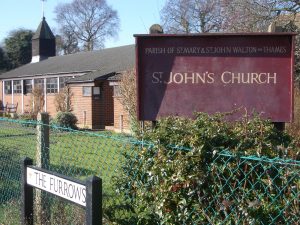 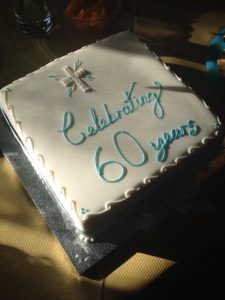 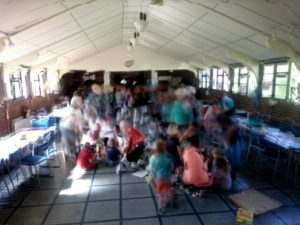 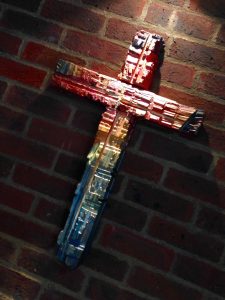